Dog is a pet animal domesticated by the human at home because of its friendly and care able behaviour, sensory capabilities, and physical attributes.

We have provided below various essay on dog in order to help students. Now-a-days, essays and paragraphs writing are common strategy followed by the teachers in schools and colleges in order to enhance student’s skill and knowledge about any subject. All the dog essay provided here are written by the professional content writer using simple words and easy sentences under various words limit in order to fulfill the students need and requirement. So, students can select any of the essays given below:

The scientific name of a dog is Canis lupus familiaris. It is a domestic animal. It comes under the category of mammals as it gives birth to a baby and feed milk. Originally dogs are the breed of wolves. They are considered as the first animal ever to be domesticated by the human. There are many varieties of dogs which are used as pets by the humans. They are very helpful in nature and considered as the man’s best friend. They have been proved very useful for the mankind for years. They understand human’s way of talking and nature very well. They can eat meat, vegetables, biscuits, milk and other things prepared as food especially for dogs. They perform their duties very well that’s why they are used as fire dogs, police dogs, assistance dogs, army dogs, hunting dogs, messenger dogs, rescue dogs, herding dogs, etc.

Dog is a pet animal and has been proved as very useful and an obedient animal for the humankind. It is found all over the world in various varieties. It is very watchful animal provides its duties very faithfully. It has a sharp mind and bright eyes. It is an omnivorous animal which can eat both diet related to the plant and animal origin. It has very sharp teeth in order to tear and eat meat even bones.

They can be easily controlled and taught anything through proper training. According to the varieties of dogs some of them have fur on their whole bodies or only on their neck. Generally they have curved and hairy tail. They differ in their color, size and weight. It is very faithful animal and never cheats its owner. It guards the house of owner very watchfully from thieves 24 hrs a day. It is very friendly however become very dangerous whenever goes mad.

Dog is a well-known domestic animal. It is very faithful and loyal friend of man. Wild dogs become very dangerous however pet ones are very friendly. They perform their duties very faithfully that’s why liked so much by the man. People love its service very much. They are available in various types; some of them are grey hounds, bull dogs, blood hounds, lap dogs, etc. It is a flesh eater however can eat plant origin foods that’s why called as carnivore as well as omnivore. Its teeth are very sharp which help him in tearing meat. Some dogs have long tail however some have short tail.

Its thin and strong legs help in running very fast. Dogs are generally differ in their size, shape, height, weight, color and behavior. Dogs eat many things (mainly flesh) however a domestic and trained dog can drop flesh diet and live on veg diet. European and wild dogs are very fond of eating meat and survive on flesh. A tame dog can also eat ordinary bread, rice and milk. Dogs are useful in many fields such as guard, police, army, etc. Kids love to play with dogs in the playground. Domestic dogs live in family as a family member as they get attached heartily with everyone very soon because of its loyal jobs. Trained dogs become very loyal to their owners and do wonderful things.

Dog is a pet animal and known as man’s best friend. A trained dog living in the family becomes loving friend of the humans. He guards home, offices, and man for whole day without getting anything in return. He respects his owner from heart and can guess his/her presence through their smell. Dogs can be of many kinds such as Bull dogs, Blood hounds, Grey hounds, lap dogs, etc. A dog has sharp teeth so that it can eat flesh very easily. It has four legs, two ears, two eyes, a tail, a mouth, and a nose. It is very clever domestic animal and has been proved very useful in catching thieves and criminals. It does so as it has very powerful sense of hearing and smelling. It is loved by the people because of its noble service.

Wild dogs become carnivore however domestic dogs can be omnivore as they can eat bread, rice, fish, meat, etc. It is very intelligent and faithful animal to its owner. Because of their intelligence, they are used by the police and army to smell the traces of criminals and other investigations. Dogs can catch thieves and robbers very easily through smell. A pet dog is considered as the family member and gets lots of love. Pet dogs have been proved a very good friends and Investigators. They are used as security agents to get solutions of problems by the investigation department. They are called as smart animal as they can learn anything through proper training.

Scientific name of a dog is Canis lupus familiaris. It is found all over the world and considered as main domesticated animal and kept at home as pets. Dogs can be wild also and found in the jungles of Africa, Asia, and Australia. Some dogs, who are not pet, roam here and there on the street called as unpet or street dogs. Wild dogs are rarely found in India such as Himachal Pradesh, Assam, Orissa, etc and much similar to the foxes and wolves. The place, where dog live at home, is called as kennel. Its baby is called as pup or puppy. Dogs vary in their colors, shapes, sizes, weight, and habits depending on the type. It is four footed carnivore animal however pet ones can be omnivore.

Some dogs that draw sledge are found in cold countries such as Greenland and Siberia. A female dog can give birth to 3-6 puppies in one time. The mother dog feeds milk and takes care to all her puppies till they become independent. The lifespan of a dog can be 12 to 15 years long. A dog sleeps in day however active in night that’s why it is called as nocturnal animal. It can make various sounds such as howl, snarl, bark, growl, etc in order to express different moods. It can run very fast thus fully capable to catch thieves and robbers. Dogs are known as digitigrades animals as they use their toes while running or walking. They have well developed canine teeth to eat flesh. They have strong sense of smell and hearing that’s why they are used by the police and army to detect criminals. They also have sharp vision and understanding power thus called intelligent animal. Sweet glands are found in their tongue which helps in cooling themselves through the process of panting.

Dog is a pet animal and considered as the man’s best friend. It gives a loving and honest companion to the man. It loves and respects its owner very much and can go everywhere with him. It shows affection towards the owner by wagging its tail and licking hand or face of owner. It helps a lot to its owner all through the life in various ways. It removes loneliness of the people by providing a friendly companion. It never allows anyone unknown to enter to the gate or touch anything of its owner. It starts barking very loudly whenever any stranger approaches the house.

It can bite a thief or stranger when they ignore its barking and try to mischief. Some people scared away very easily however some strangers never fear of it. Some people, who have pet sheep, must have dogs as they are very useful to look after sheep. They never allow any wolf or fox to come near or attack the sheep. It is very watchful animal and can catch strangers, thieves and criminals even they hide anywhere. Dog uses its sense of smell to find out the hiding thieves or criminals. Because of its watchful and intelligent nature, it is highly used by the police, army or other investigation department to catch murderers or criminals. It can led policemen to the places where murders have taken place.

It never leaves its owner whether he/she is poor, beggar or rich person. It obeys all the orders of its owner very sincerely. It becomes alert all time whether day or night to offer its services to the owner. That’s why it is called as faithful animal. It is very vigilant in nature and can hear very slow sound in the night and take action soon. It can guess the presence of its owner from long distance through smell and become alert to welcome him home. The life span of a dog is very small however it can live around 12 to 15 years long.

Life span of a dog varies according to their size such as smaller dogs live longer life than the bigger ones.
A female dog gives birth to a baby and feed milk that’s why dogs come under the category of mammals. The baby of a dog is called as pup or puppy and its home as kennel. People use dogs to draws the sledge in the cold countries. Dogs are categorized according to their service to people such as guard dogs, herding dogs, hunting dogs, police dogs, guide dogs, sniffer dogs, etc.

My Family Essay in English 10 Lines | Essay on My Family 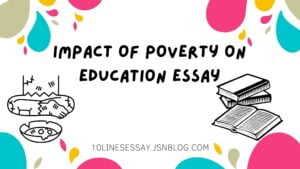 Essay on Free and Fair Elections 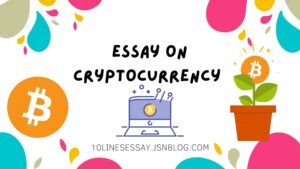